Meredith Warren is a graduate of Boston University's College of Communication, where she majored in Broadcast Journalism.

While at Boston University, Meredith spent two semesters in the nation's capitol as part of the BU Washington Program. The program gave her an opportunity to work at some prestigious internships, including working as a production assistant for NBC Correspondent Pete Williams and for "The Mitchell Report" with NBC's Andrea Mitchell. Meredith also worked as a Washington correspondent for The Eagle-Tribune in Lawrence, Mass. through the Boston University News Service, which enabled her to cover President George W. Bush's inauguration, campaign finance and the United States Supreme Court. Her editors were so impressed with her writing that she evetually landed a job at the paper as a reporter after graduation.

At the Eagle-Tribune, Meredith covered the Massachusetts Statehouse and produced daily stories affecting Essex county for The Eagle-Tribune, The Salem News, Gloucester Daily Times and The Daily News of Newburyport. She developed comprehensive Sunday stories on statewide issues, including the 2004 Democratic National Convention in Boston. She also covered local government and schools with a mix of hard news, investigative stories and feature stories.

A highlight of Meredith's journalism career came in 2003, when her reporting as part of a team covering the tragic drowning of four boys in the Merrimack River was recognized with a Pulitzer Prize. To this day, Meredith remains the youngest graduate of Boston University ever to have been honored for her work with the receipt of a Pulitzer Prize for Journalism.

Meredith left the newspaper in 2004 and spent a brief amount of time working as a Victim Witness Advocate in the office of the Middlesex District Attorney. From there, she went back to the Statehouse to become Communications Director and Deputy Chief of Staff for the Minority Leader of the Massachusetts House of Representatives.

As Communications Director, Meredith was responsible for all contact between the House Minority Leader and members of the press, including all pro-active outreach and requests for inquiries. She was also credited with helping the Minority Leader's Office craft and roll-out an ambitious legislative agenda for the 2007-2008 legislative session.

Meredith met Fred Van Magness while working in the Republican Leader's Office, and the two left together to form Lyric Consulting in May, 2008.

Meredith has served as a Republican political analyst for New England Cable News channel and is a frequent guest on WGBH radio. She has also been a guest on NECN's Broadside with Jim Braude and on The News at Nine. In 2012, Meredith was featured in a live on-camera interview with UK-based SkyNews to analyze the results of the United States presidential election. She has also been a guest on CBC Radio (Canada), the Geraldo Rivera radio show, and has been quoted in several print and online publications.

Meredith has been involved in a number of community projects throughout her career. She serves as a member of the Board of Directors of the Massachusetts Womens Political Caucus, which works to increase the number of women elected to political office, and she serves as co-Chair of the organization's Political Action Committee. In 2007, the group recognized Meredith with its prestigious "Wonder Woman Award" for her work at the Statehouse. Currently, Meredith serves as a member of the national Board of Directors for the SHADE Foundation of America, an organization started by Shonda Schilling to promote skin cancer awareness and prevention. Meredith also has provided assistance to the Christopher Donovan Day School, a private school for special needs students, and Samantha's Harvest, a local group dedicated to raising awareness of Down syndrome.

Meredith also has been a frequent panelist on issues relating to journalism and politics. In 2004 she was a speaker at a National Writer's Workshop in Hartford, Conn. on the topic of "Reporting Across Cultures". In 2008, she was invited to present to a class of Bridgewater State College MPA students on press relations. She also participated in a panel discussion of presidential politics at the 2008 Empower Peace "Women2Women" Cultural Connection and Leadership Program alongside former Massachusetts Governor Jane Swift, Suffolk County Sheriff Andrea Cabral and former congressional candidate Katrina Swett. 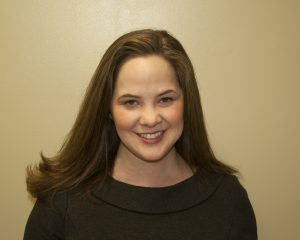